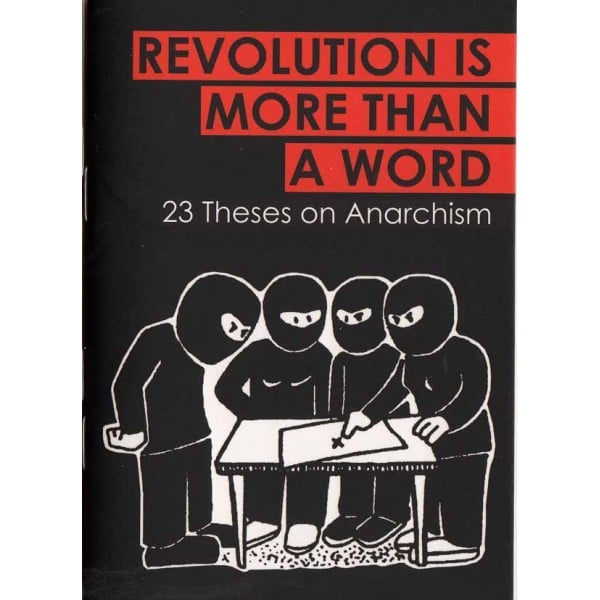 Since the turn of the millennium, anarchism has experienced a strong upswing. In a widely read 2004 article by David Graeber and Andrej Grubačić, it was announced as the “revolutionary movement of the twenty-first century”, and in a recent book on the Occupy Wall Street movement, titled Translating Anarchy and based on interviews with numerous organizers, author Mark Bray contests that anarchist ideas were the driving ideological force behind it. Meanwhile, anarchist projects (journals, bookfairs, organizing groups) have increased significantly over the past twenty years. This is all great news.

At the same time, neoliberalism rules supreme, the gaps between the rich and the poor grow wider by the day, wars are raging, surveillance has surpassed Orwellian levels, and nothing seems able to stop the ecological destruction of the world as we know it. If the current order is challenged in any significant way, the agents are either religious fundamentalists, neofascists, or, in the best case, left-wing movements revolving around charismatic leaders and populist parties. Even if anarchists like to claim anarchist elements in uprisings, from Cairo’s Tahrir Square to the streets of Ferguson, Missouri, it is questionable whether self-declared anarchists really have played any significant role in these events. In short, despite the mentioned upswing, anarchism appears as marginalized as ever when it comes to the grand scale of things. In light of this, it seems as good a time as any to reflect on anarchism’s role in the overall political arena and to examine its strengths and weaknesses.

The contents of this text are presented in a concise and straightforward manner, which makes generalizations inevitable. They are based on experiences in Western and Northern Europe; readers will have to decide how much these experiences match their own and how relevant they are for the scenes they themselves are active in.