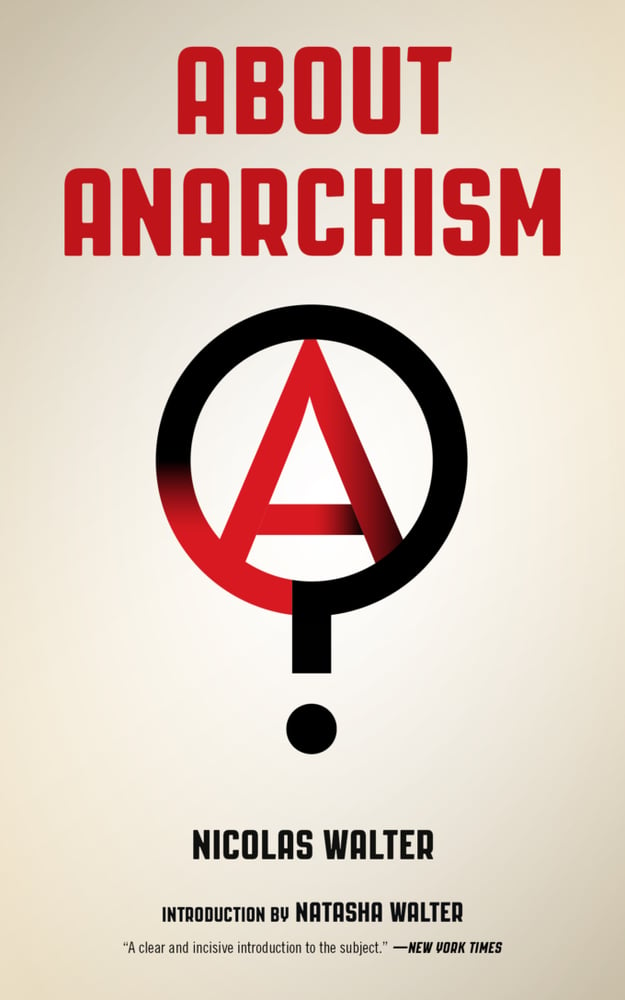 Originally written in 1969 and updated for the twenty-first century, About Anarchism is an uncluttered, precise, and urgently necessary expression of practical anarchism. Crafted in deliberately simple prose and without constant reference to other writers or past events, it can be understood without difficulty and without any prior knowledge of political ideology.

As one of the finest short introductions to the basic concepts, theories, and applications of anarchism, About Anarchism has been translated into many languages, including French, Spanish, Japanese, Chinese, Polish, and Russian. This new edition includes a preface from David Goodway, retains Natasha Walter’s introduction and expanded biographical sketch of the author, Nicolas Walter, who was a respected writer, journalist, and an active protester against the powers of both the church and the state.

“A clear and incisive introduction to the subject.” —New York Times
“Walter’s anarchism incorporates a wealth of influences and the best of both old and new anarchism. Almost every paragraph in this book contains examples of his subversive thinking, and many of his observations push contemporary anarchists to think harder about the nature of politics.” —Andrej Grubačić, coauthor of Living at the Edges of Capitalism: Adventures in Exile and Mutual Aid
“Nicolas Walter was a writer and lecturer of deep secular humanist and anarchist convictions—his book About Anarchism is known round the world.” —Guardian
“Nicolas Walter was one of the most interesting left intellectuals of the second half of the twentieth century in Britain.” —Professor Richard Taylor, University of Cambridge
“A wonderful short work which gives a clear and straightforward exposition of anarchism. It greatly influenced me when it first came out and is as relevant and timely as it was half a century ago, if not more so. A perfect introduction.” —Peter Marshall, author of Demanding the Impossible: A History of Anarchism