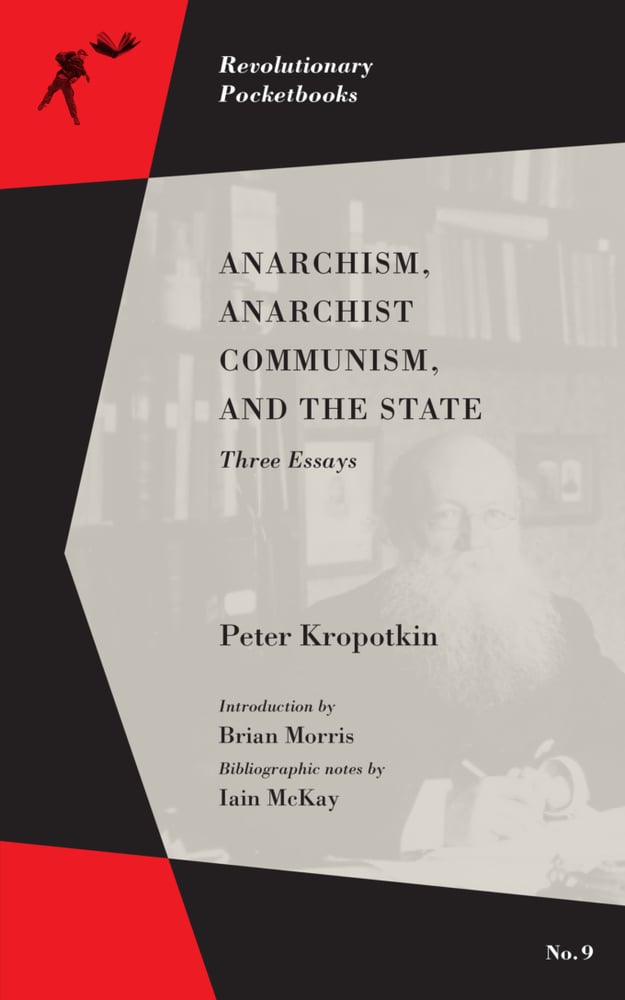 Anarchism, Anarchist Communism, and the State

Amid the clashes, complexities, and political personalities of world politics in the late nineteenth and early twentieth centuries, Peter Kropotkin stands out. Born a prince in Tsarist Russia and sent to Siberia to learn his militaristic, aristocratic trade, he instead renounced his titles and took up the “beautiful idea” of anarchism. Across a continent he would become known as a passionate advocate of a world without borders, without kings and bosses.

From a Russian cell to France, to London and Brighton, he used his extraordinary mind to dissect the birth of State power and then present a different vision, one in which the human impulse to liberty can be found throughout history, undying even in times of defeat. In the three essays presented here, Kropotkin attempted to distill his many insights into brief but brilliant essays on the state, anarchism, and the ideology for which he became a founding name—anarchist communism.

With a detailed and rich introduction from Brian Morris, and accompanied by bibliographic notes from Iain McKay, this collection contextualises and contemporises three of Kropotkin’s most influential essays.

“In this collection of essays, Kropotkin excels in his grasp of the state, its dynamics, and the social relations out of which it emerges, dovetailed with his radical vision for libertarian egalitarian social change. Including an informative foreword by Brian Morris on the great anarchist’s colourful life, and Kropotkin’s own extended analysis of the origins of anarchism, the book goes to the core of what makes Kropotkin’s work so stimulating: he is peculiarly capable, through detailed historical accounts and discussions of his own times, of somehow speaking to our own contemporary dilemmas and challenges.” —Anthony Ince, coeditor of Historical Geographies of Anarchism

“This is one of the most excellent introductions to anarchism, putting paid to the usual objections to the system, synonymous as it has become, wrongly, with disorganisation and chaos.” —Workers Solidarity

Peter Kropotkin (1842–1921) was a Russian revolutionary and geographer as well as the foremost theorist of the anarchist movement. His classic works include The Conquest of Bread; Fields, Factories and Workshops; Memoirs of a Revolutionist; Mutual Aid; and the essays contained in this collection: Anarchism, Anarchist Communism, and The State.

Brian Morris, professor emeritus at Goldsmiths College, University of London, has written extensively in the fields of botany, ecology, ethnobiology, religion, history, philosophy, and anthropology. His many books include Kropotkin: The Politics of Community and Anthropology, Ecology, and Anarchism: A Brian Morris Reader.

Iain McKay is an independent anarchist writer and researcher. He was the main author of An Anarchist FAQ as well as numerous other works, including Mutual Aid: An Introduction and Evaluation. In addition, he has edited and introduced Property Is Theft! A Pierre-Joseph Proudhon Anthology; Direct Struggle Against Capital: A Peter Kropotkin Anthology; and Kropotkin’s 1913 book Modern Science and Anarchy.