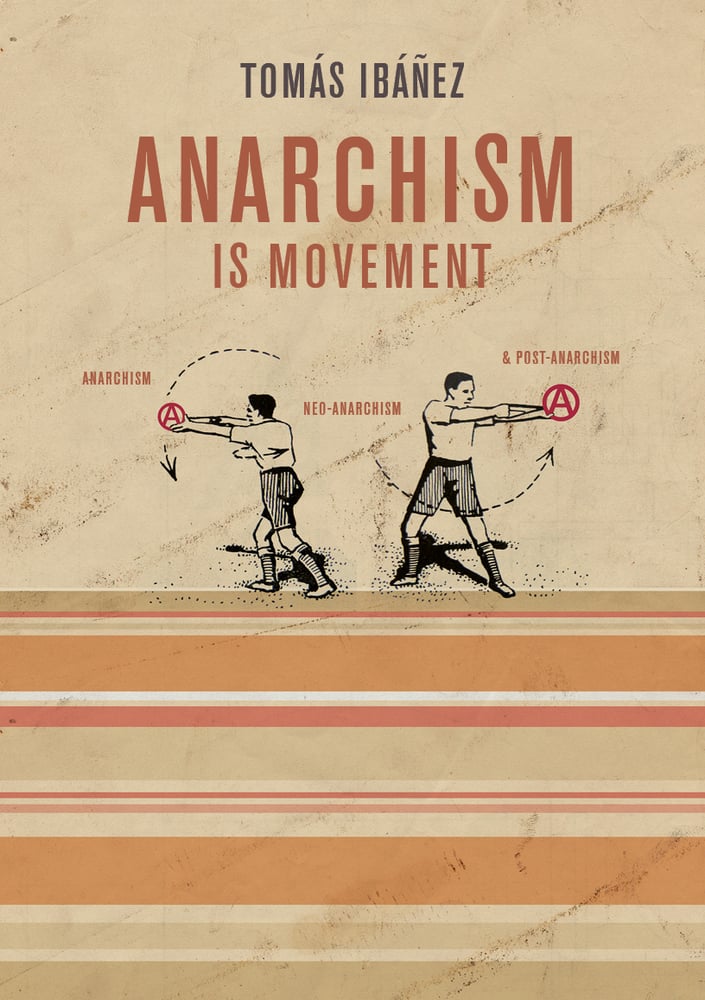 by Tomás Ibáñez
with foreword by Peter Gelderloos

The child of Spanish anarchist revolutionaries who fled to France in the aftermath of the Spanish Civil War, Tomás Ibáñez was an influential participant in the Paris 1968 student uprising — being one of two people who created the famous Ⓐ symbol which is now so synonymous with anarchism. In the 1970s-80s he was also active in the rebirth of Spanish anarchism following the death of dictator Francisco Franco, and has since become a respected and prolific author on the subject. After a lifetime of struggle, Anarchism is Movement distills his thoughts on anarchism in times to come, considering the philosophy as a uniquely flexible political strand.

In his foreword, Peter Gelderloos notes:

“Ibáñez embraces change, he identifies the ideas that hold us back, without ever abandoning that which would constitute the spirit of anarchism, if he believed in such a thing: the hopeful, bold, utopian, practical struggle against domination.”