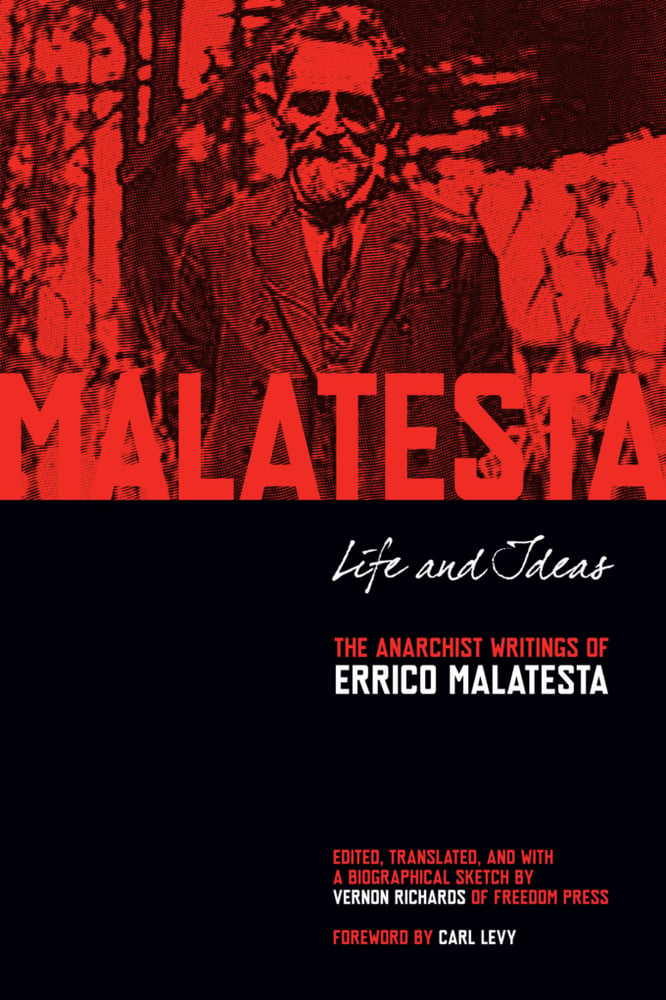 Life and Ideas: The Anarchist Writings of Errico Malatesta

With the timely reprinting of this selection of Malatesta’s writings, first published in 1965 by Freedom Press, the full range of this great anarchist activist’s ideas are once again in circulation. Life and Ideas gathers excerpts from Malatesta’s writings over a lifetime of revolutionary activity.

The editor, Vernon Richards, has translated hundreds of articles by Malatesta, taken from the journals Malatesta either edited himself or contributed to, from the earliest, L’En Dehors of 1892, through to Pensiero e Volontà, which was forced to close by Mussolini’s fascists in 1926, and the bilingual Il Risveglio/Le Réveil, which published most of his writings after that date. These articles have been pruned down to their essentials and collected under subheadings ranging from “Ends and Means” to “Anarchist Propaganda.” Through the selections Malatesta’s classical anarchism emerges: a revolutionary, nonpacifist, nonreformist vision informed by decades of engagement in struggle and study. In addition there is a short biographical piece and an essay by the editor.

“The first thing that strikes the reader about Malatesta is his lucidity and straightforwardness. For him anarchism was not a philosophy for a future utopia which would come about one day as if by magic, or simply through the destruction of the state without any prior preparation. On the contrary, Malatesta was, throughout his life, concerned with a practical idea. His anarchism was something concrete, to be fought for and put into practice, not in some distant future but now. It is in this aspect of practical anarchism that gives him a special place amongst anarchist theorists and propagandists.”

Errico Malatesta (1853-1932) was an Italian anarchist. He spent much of his life exiled from Italy and more than ten years in prison. Malatesta wrote and edited a number of radical newspapers and was an enormously popular public speaker in his time, regularly speaking to crowds numbering in the tens of thousands.

Across seven decades, Vernon Richards maintained an anarchist presence in British publishing. His chosen instrument was Freedom Press, based in Whitechapel, in London’s East End. He edited the anarchist paper Freedom—and its prewar and wartime variations—into the 1960s. Earlier, he had been imprisoned in 1945, translated the Italian anarchist Errico Malatesta, and photographed George Orwell.

Carl Levy is a professor of politics at Goldsmiths, University of London. He has published extensively on anarchism, comparative history, and politics.