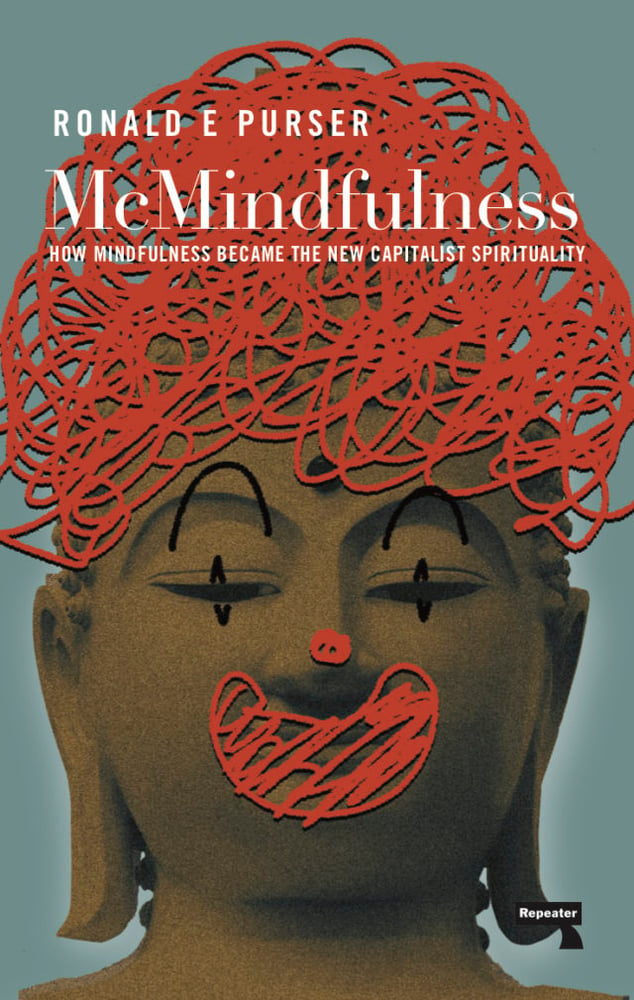 Mindfulness is now all the rage.

From celebrity endorsements to monks, neuroscientists and meditation coaches rubbing shoulders with CEOs at the World Economic Forum in Davos, it is clear that mindfulness has gone mainstream. Some have even called it a revolution.But what if, instead of changing the world, mindfulness has become a banal form of capitalist spirituality that mindlessly avoids social and political transformation, reinforcing the neoliberal status quo?

InMcMindfulness, Ronald Purser debunks the so-called “mindfulness revolution,” exposinghow corporations, schools, governments and the military have coopted it as technique for social control and self-pacification.

A lively and razor-sharp critique, Purser busts the myths its salesmen rely on, challenging the narrative that stress is self-imposed and mindfulness is the cure-all. If we are to harness the truly revolutionary potential of mindfulness, wehave to cast off its neoliberal shackles, liberating mindfulness for a collective awakening.

Ronald Purser is a Professor of Management at San Francisco State University. His essays and cultural criticism have appeared in the Huffington Post, Salon, Alternet and Tricycle magazine. His viral article, "Beyond McMindfulness", opened the floodgates for the mindfulness backlash. His recent books include the Handbook of Mindfulness: Culture, Context and Social Engagement and the Handbook of Ethical Foundations of Mindfulness. Dr. Purser began his Buddhist training beginning in 1981 at the Tibetan Nyingma Institute in Berkeley, California and is an ordained Buddhist teacher in the Korean Zen Taego order. He is co-host of Mindful Cranks podcast and is a regular speaker and guests on radio shows and podcasts. He lives with his family and dog in San Francisco, CA.