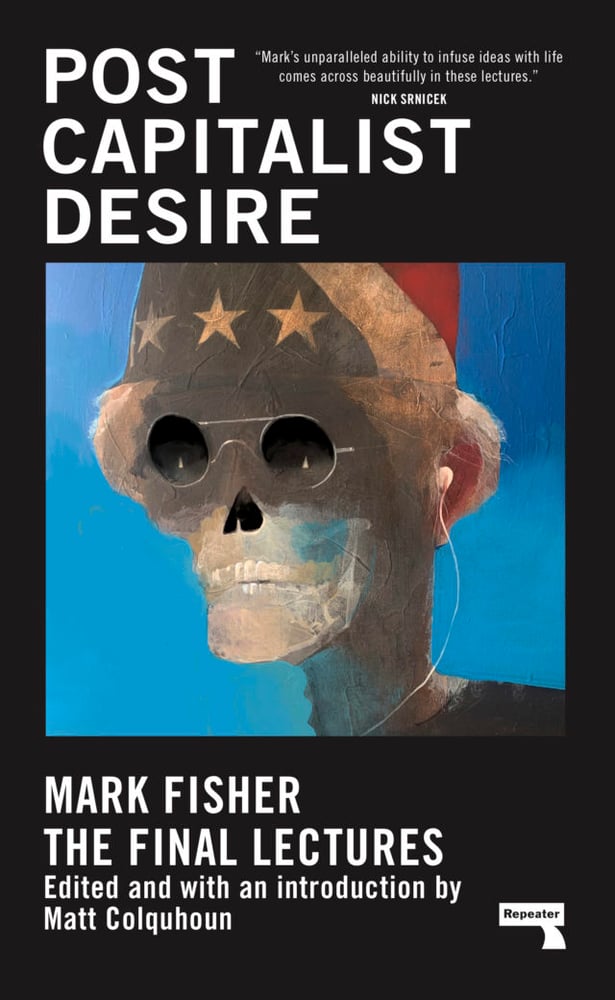 Edited and with an introduction by Matt Colquhoun, this collection of lecture notes and transcriptions reveals acclaimed writer and blogger Mark Fisher in his element — the classroom — outlining a project that Fisher’s death left so bittersweetly unfinished.

Beginning with that most fundamental of questions — “Do we really want what we say we want?” — Fisher explores the relationship between desire and capitalism, and wonders what new forms of desire we might still excavate from the past, present, and future. From the emergence and failure of the counterculture in the 1970s to the continued development of his left-accelerationist line of thinking, this volume charts a tragically interrupted course for thinking about the raising of a new kind of consciousness, and the cultural and political implications of doing so.

For Fisher, this process of consciousness raising was always, fundamentally, psychedelic — just not in the way that we might think…

Mark Fisher (1968 – 2017) was a co-founder of Zero Books and, later, Repeater Books. His blog, k-punk, defined critical writing for a generation. He wrote three books, Capitalist Realism, Ghosts of My Life and The Weird and the Eerie, and was a Visiting Fellow in the Visual Cultures department at Goldsmiths, University of London.