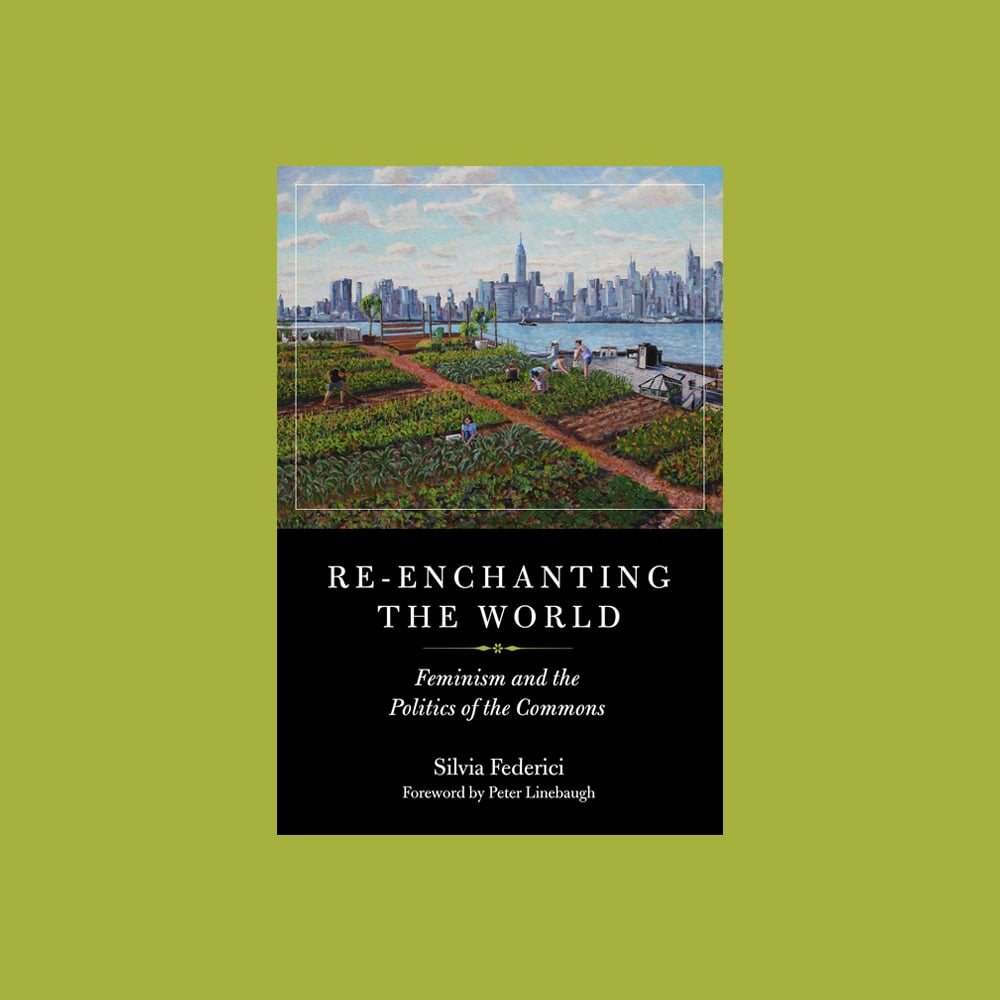 Silvia Federici is one of the most important contemporary theorists of capitalism and feminist movements. In this collection of her work spanning over twenty years, she provides a detailed history and critique of the politics of the commons from a feminist perspective. In her clear and combative voice, Federici provides readers with an analysis of some of the key issues and debates in contemporary thinking on this subject.

Drawing on rich historical research, she maps the connections between the previous forms of enclosure that occurred with the birth of capitalism and the destruction of the commons and the “new enclosures” at the heart of the present phase of global capitalist accumulation. Considering the commons from a feminist perspective, this collection centers on women and reproductive work as crucial to both our economic survival and the construction of a world free from the hierarchies and divisions capital has planted in the body of the world proletariat. Federici is clear that the commons should not be understood as happy islands in a sea of exploitative relations but rather autonomous spaces from which to challenge the existing capitalist organization of life and labor.

“Silvia Federici’s work embodies an energy that urges us to rejuvenate struggles against all types of exploitation and, precisely for that reason, her work produces a common: a common sense of the dissidence that creates a community in struggle.” —Maria Mies, coauthor of Ecofeminism

Silvia Federici is a feminist writer, teacher, and militant. In 1972 she was cofounder of the International Feminist Collective that launched the campaign for Wages for Housework internationally. Her previous books include Caliban and the Witch: Women, the Body and Primitive Accumulation and Revolution at Point Zero. She is a professor emerita at Hofstra University, where she was a social science professor. She worked as a teacher in Nigeria for many years and was also the cofounder of the Committee for Academic Freedom for Africa.

Peter Linebaugh is an author and historian who specializes in British history, Irish history, labor history, and the history of the colonial Atlantic. He is a member of the Midnight Notes Collective. He was a student of British labor historian E.P. Thompson and received his PhD in British history from the University of Warwick in 1975. He is the author of several books including The Magna Carta Manifesto: Liberties and Commons for All; Stop, Thief! The Commons, Enclosures, and Resistance; and The Incomplete, True, Authentic, and Wonderful History of May Day.

Freedom is a Constant Struggle
£10.00