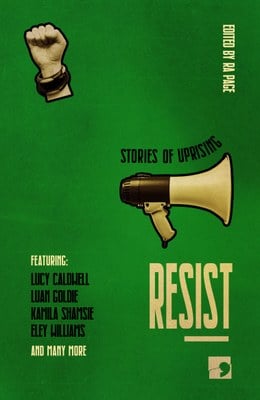 In the wake of the social and political turmoil of Brexit and a climate crisis that continues to be ignored, it's easy to think these are uncharted waters for us, as a democracy.

But Britain has seen political crises and far-right extremism before. In this timely collection of fiction and essays celebrating key moments of British protest, writers fight back with well-researched, historically accurate fiction. From Boudica to Blair Peach, from the Battle of Cable Street to the tragedy of Grenfell Tower, these stories demonstrate when people have stood up and resisted in the face of injustice.

In our age of fake news and post-truth politics, Britons still know when to draw the line and say '¡No pasarán!'

This project has been supported by the Barry Amiel and Norman Melburn Trust and the Lipman-Miliband Trust, as well as Arts Council England.