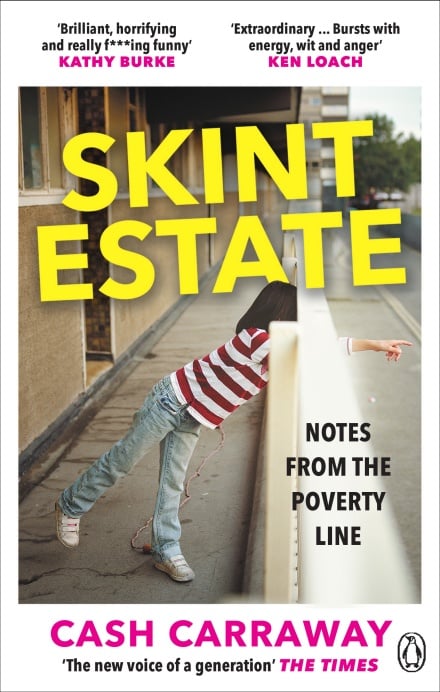 I’m a scrounger, a liar, a hypocrite, a stain on society with no basic morals – or so they say. After all, what else do you call a working-class single mum in temporary accommodation?

Skint Estate is the darkly funny debut memoir from Cash Carraway, a scream against austerity that rises full of rage in a landscape of sink estates, police cells, refuges and peepshows.

‘Cash’s brutal honesty will leave you wanting to make a change, stand up and be heard. A must-read’ VICKY McCLURE

‘The new voice of a generation’ THE TIMES

‘A fascinating, shocking look at poverty and motherhood’ BILLIE PIPER

‘The definition of edgy’ LIONEL SHRIVER