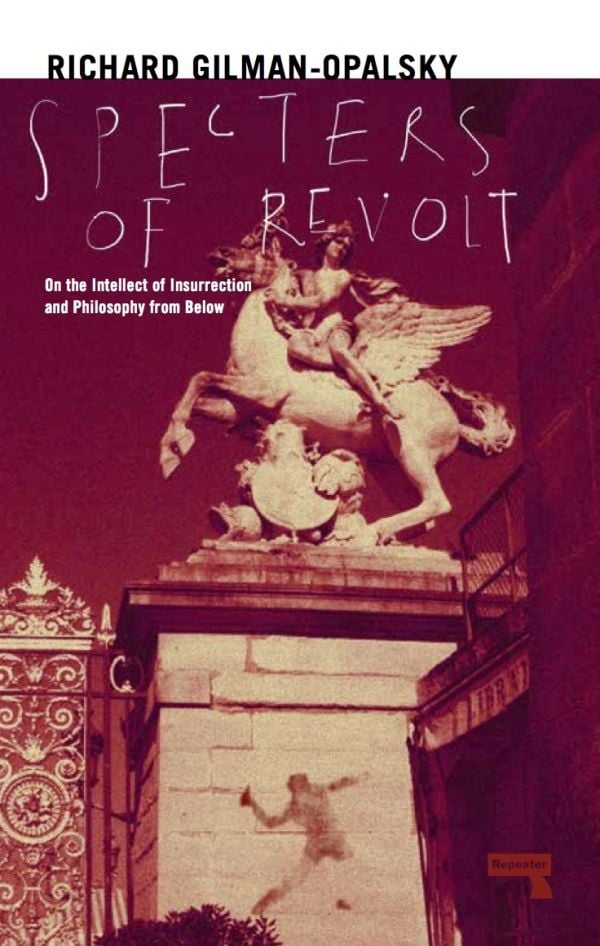 Specters of Revolt: On the Intellect of Insurrection and Philosophy from Below

In 1848, Karl Marx declared that a communist specter was haunting Europe. In 1994, Jacques Derrida considered how the specter of Marx would haunt the post-Cold War world.

In Specters of Revolt Gilman-Opalsky argues that the world is haunted by revolt, by the possibility of events that interrupt and disrupt the world, that throw its reality and justice into question. But recent revolt is neither decisively communist nor decisively Marxist. Gilman-Opalsky develops a theory of revolt that accounts for its diverse critical content about autonomy, everyday life, anxiety, experience, knowledge, and possibility. The 1994 uprising of the Mexican Zapatistas set the stage for new forms of revolt against a newly expanded power of capital. In the twenty years since, on up through the recent phase of global uprisings that began in 2008 with the Greek revolts, insurrection has spoken in the “Arab Spring,” in Spain, Turkey, Brazil, and in the US in Occupy Wall Street, Ferguson, and Baltimore, among other places. In light of recent global uprisings, Gilman-Opalsky aims to move beyond the critical theory of revolt to an understanding of revolt as theory itself. Making use of diverse sources from Raoul Vaneigem and Félix Guattari to Julia Kristeva and Raya Dunayevskaya, Specters of Revolt explores upheaval as thinking, the intellect of insurrection, and philosophy from below.

Richard Gilman-Opalsky, Ph.D., is Associate Professor of Political Philosophy in the Department of Political Science at the University of Illinois at Springfield. He received his Ph.D. from The New School for Social Research in New York City. Dr. Gilman-Opalsky is the author of three books: Unbounded Publics (2008), Spectacular Capitalism (2011), and Precarious Communism (2014).