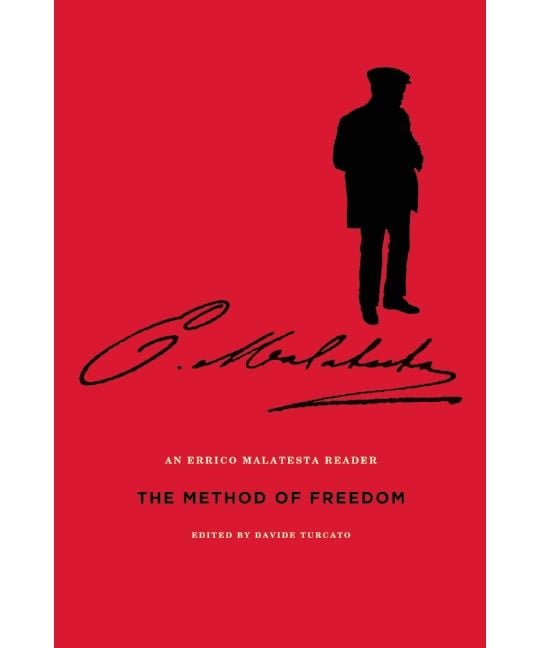 The Method of Freedom

“Anarchy, in common with socialism, has as its basis, its point of departure, its essential environment, equality of conditions; its beacon is solidarity and freedom is its method.”— Errico Malatesta

The most distinctive and universal anarchist principle is the principle of coherence between ends and means: human emancipation cannot be achieved by authoritarian means. However, the same principle could also be read in the opposite direction: our ends should not be disconnected from our action; our ideals should not be so lofty as to make no difference to what we do here and now. The anarchist whose deeds and words have best illustrated both sides of that principle— the “idealist” and the “pragmatist” — is Errico Malatesta. Never one to divorce thought from action, or retreat into dogmatism, his life and ideals remain an inspiration the world over. The Method of Freedom is the first collection to capture the full range of Malatesta’s thought over sixty years as an anarchist propagandist.

Designed as a companion volume to the ten-volume set of Malatesta's Complete Works (forthcoming!), The Method of Freedom collects Malatesta's most enduring long-form essays – including "Anarchy" and "Our Program" – together with previously untranslated articles from the numerous journals he edited over his long newspaper career. In fact, nearly two-thirds of the collected texts have been newly translated into English. Written in Malatesta's clear, accessible style, these essays are sure to excite a new generation of radicals.

Errico Malatesta Errico Malatesta (1853–1932) was an enormously influential Italian anarchist, comrade of Michael Bakunin in the First International, editor of eight papers, and author of numerous articles and short works.

Davide Turcato is a computational linguist with an interest in history. He is the author of Making Sense of Anarchism, and the editor of Malatesta's collected work, a ten-volume project currently underway in Italy, to be released in English by AK Press.

Paul Sharkey has made a vast body of anarchist texts available in English.