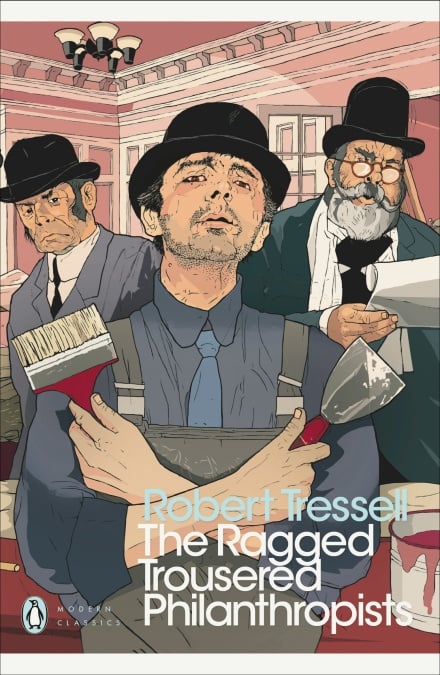 The Ragged Trousered Philanthropists tells the story of a group of working men who are joined one day by Frank Owen, a journeyman-prophet with a vision of a just society. Indicting the 'philanthropy' of the working class, who toil solely for the benefit of their masters, and initiating them into the secrets of the 'Great Money Trick' which alienates them from their labour, Owen's spirited attacks on the greed and dishonesty of the capitalist system rouse his fellow men from their political quietism. A masterpiece of wit and political passion and one of the most authentic novels of English working class life ever written.

Robert Noonan (1870-1911) who took the pseudonym 'Tressell' from the 'trestle table' of the sort used by decorators, was an Irish housepainter who came to England from South Africa in 1900. He settled in Hastings, where he worked as a signwriter for various building firms. Tressell never lived to see his book in print; he died of tuberculosis in 1911, aged forty.