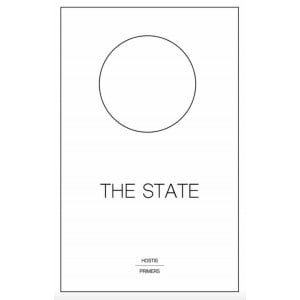 The State - A Hostis Primer

Japanese director Nagisa Ōshima’s 1968 film Death by Hanging begins with the execution of an ethnic Korean man, R. Miraculously, the hanging does not kill him; in fact, the only effect of the hanging is that it erases his memory. Taken by surprise, the officials argue about how to proceed. After frantic deliberation, they decide that an execution is only just if a person realizes the guilt for which they are being punished. They do not let R go, but rather endeavor to make R admit his guilt for a crime that he has no memory of committing. In one such attempt, the officials simulate his crimes, which only leads to an absurd comedy of errors that exposes the racist, violent dimension of nationalist law and history. R finally admits to the crimes in principle and in practice, but only to protest the whole process. ‘Is it wrong to kill?’ R asks. ‘Yes’ they respond. ‘Then killing me is wrong, isn’t it?’ R replies. The official rejoinder is a predictable one: ‘Don’t say such things! We’re legal executioners! It’s the nation that does not permit you to live’. ‘I don’t accept that’ R responds, and then summarizes the central question of the film, ‘What is a nation? Show me one!’, because ‘I don’t want to be killed by an abstraction’.