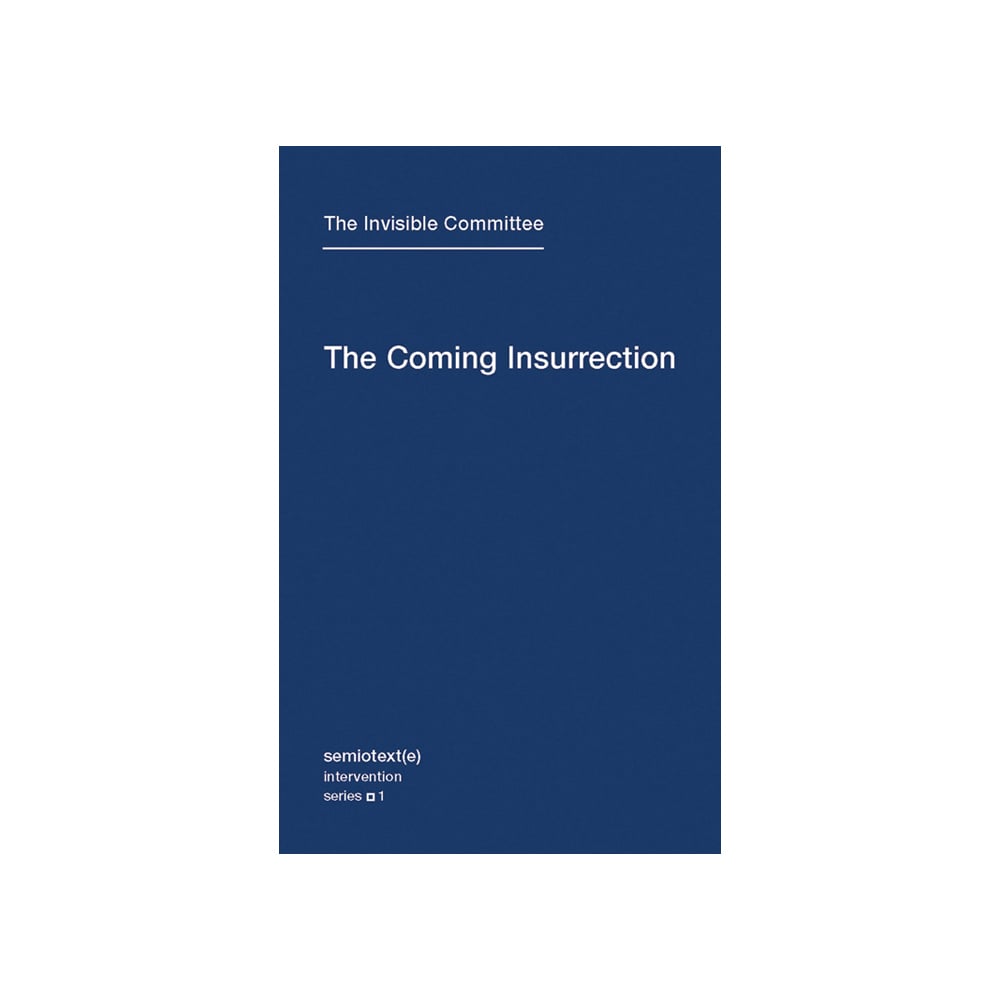 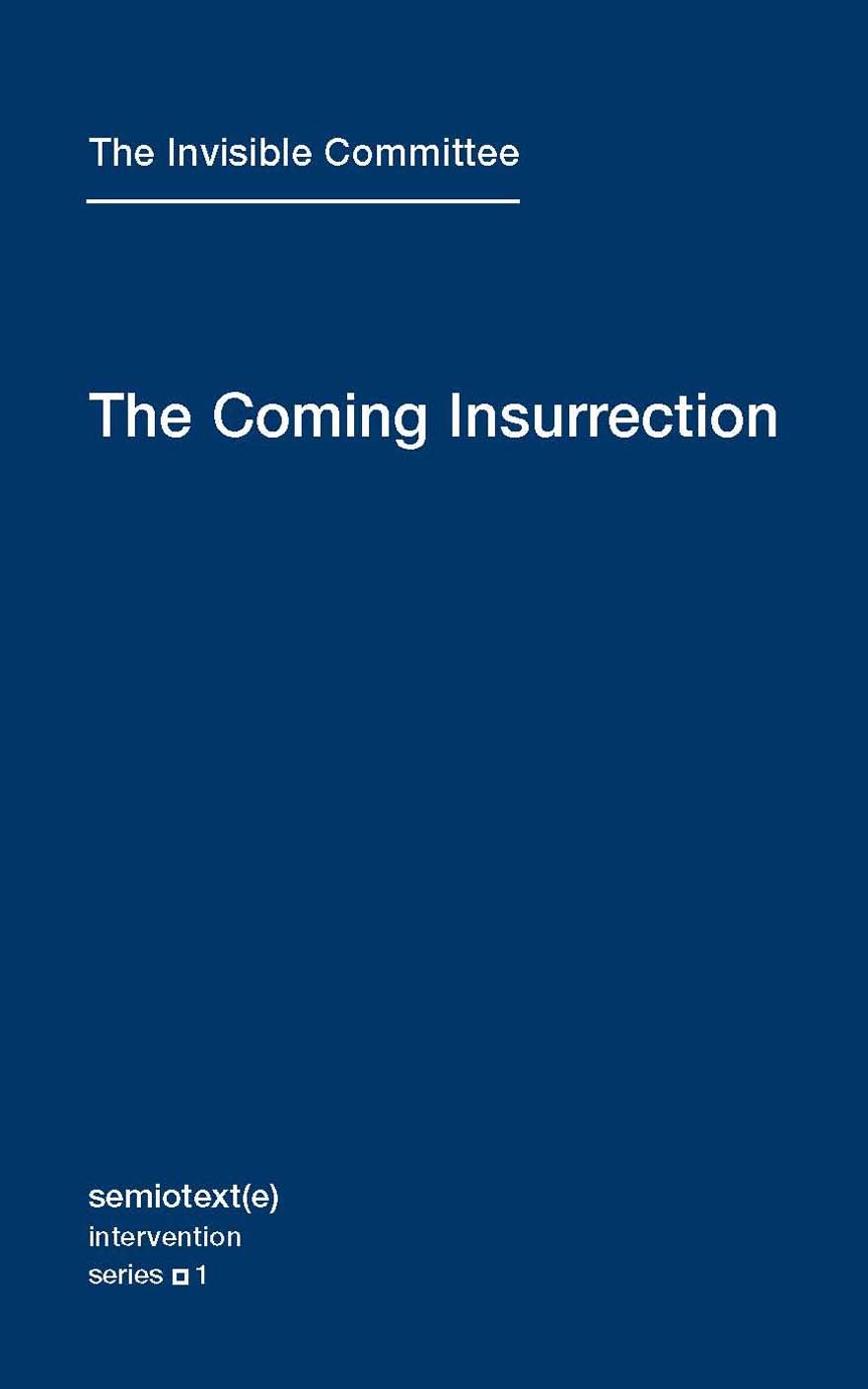 The Invisible Committee is a collective and anonymous pen name.

"Thirty years of 'crisis', mass unemployment, and flagging growth, and they still want us to believe in the economy. We have to see that the economy is itself the crisis. It’s not that there’s not enough work, it’s that there is too much of it."

The Coming Insurrection is an eloquent call to arms arising from the recent waves of social contestation in France and Europe. Written by the anonymous Invisible Committee in the vein of Guy Debord – and with comparable elegance - it has been proclaimed a manual for terrorism by the French government (who recently arrested its alleged authors). One of its members more adequately described the group as “the name given to a collective voice bent on denouncing contemporary cynicism and reality.” The Coming Insurrection is a strategic prescription for an emergent war -machine capable of “spreading anarchy and live communism.” Written in the wake of the riots that erupted throughout the Paris suburbs in the fall of 2005 and presaging more recent riots and general strikes in France and Greece, The Coming Insurrection articulates a rejection of the official Left and its reformist agenda, aligning itself instead with the younger, wilder forms of resistance that have emerged in Europe around recent struggles against immigration control and the “war on terror.” Hot-wired to the movement of ’77 in Italy, its preferred historical reference point, The Coming Insurrection formulates an ethics that takes as its starting point theft, sabotage, the refusal to work, and the elaboration of collective, self-organized life forms. It is a philosophical statement that addresses the growing number of those - in France, in the United States, and elsewhere - who refuse the idea that theory, politics, and life are separate realms.