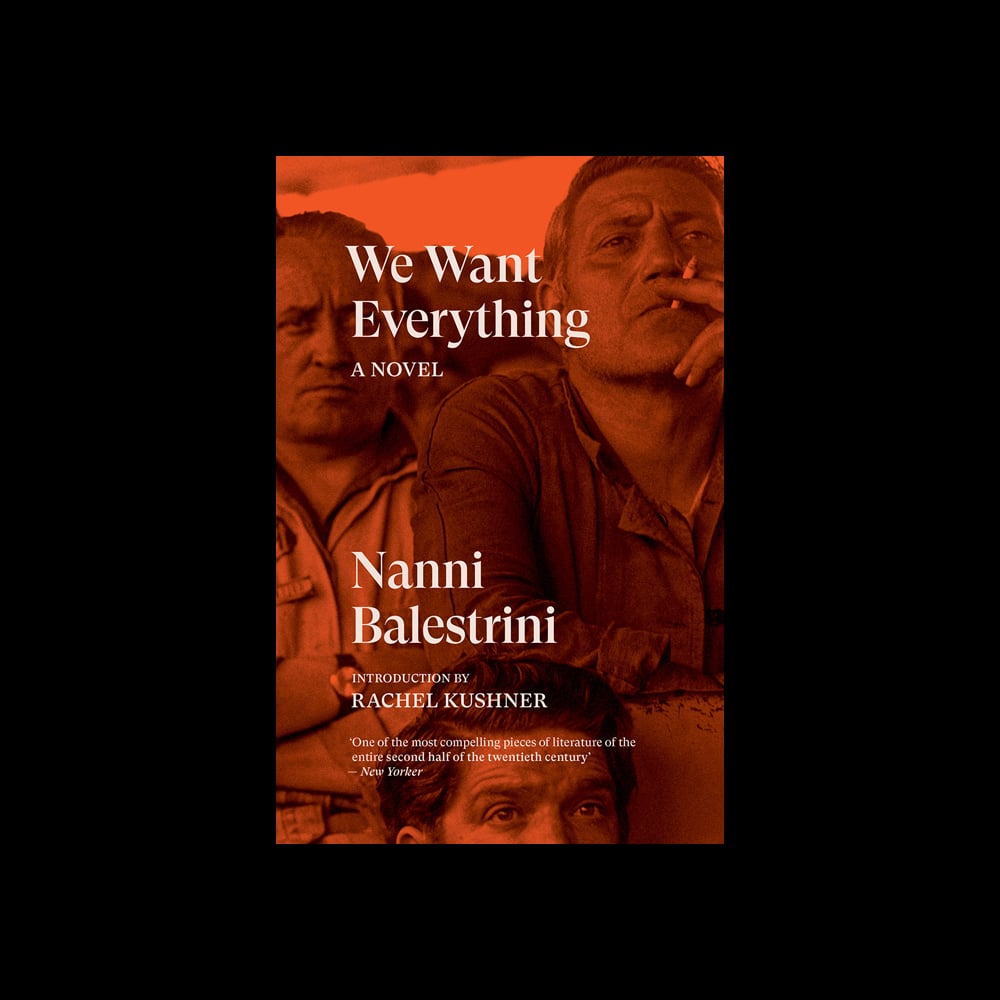 The explosive novel of Italy’s revolutionary 1969
It was 1969, and temperatures were rising across the factories of the north as workers demanded better pay and conditions. Soon, discontent would erupt in what became known as Italy’s Hot Autumn. A young worker from the impoverished south arrives at Fiat’s Mirafiori factory in Turin, where his darker complexion begins to fade from the fourteen-hour workdays in sweltering industrial heat. His bosses try to withhold his wages. Our cynical, dry-witted narrator will not bend to their will. “I want everything, everything that’s owed to me,” he tells them. “Nothing more and nothing less, because you don’t mess with me.”

Around him, students are holding secret meetings and union workers begin halting work on the assembly lines, crippling the Mirafiori factory with months of continuous strikes. Before long, barricades line the roads, tear gas wafts into private homes, and the slogan “We Want Everything” is ringing through the streets.

Wrought in spare and measured prose, Balestrini’s novel depicts an explosive uprising. Introduced by Rachel Kushner, the author of the best-selling The Flamethrowers, We Want Everything is the incendiary fictional account of events that led to a decade of revolt